Izmir is a Modern and Cosmopolitan University City

The City’s symbol is the Saat Kulesi (clock tower) next to the Town Hall Square and the Atatürk Memorial on the Cumhuriyet Square (Republic Square).

Most of the leisure and shopping complexes are in Konak, Karşıyaka and Bornova. But the coolest place in Izmir is Karşıyaka and Bostanlı where our Language Center is based. We are situated a stone’s throw from the seaside with many cafes, bars and restaurants. Karsiyaka is the best place to live in Izmir and well known for ist cosmopolitan community. Our Students benefit from the laid-back atmosphere, fresh sea air and a wealth of things to see and do. 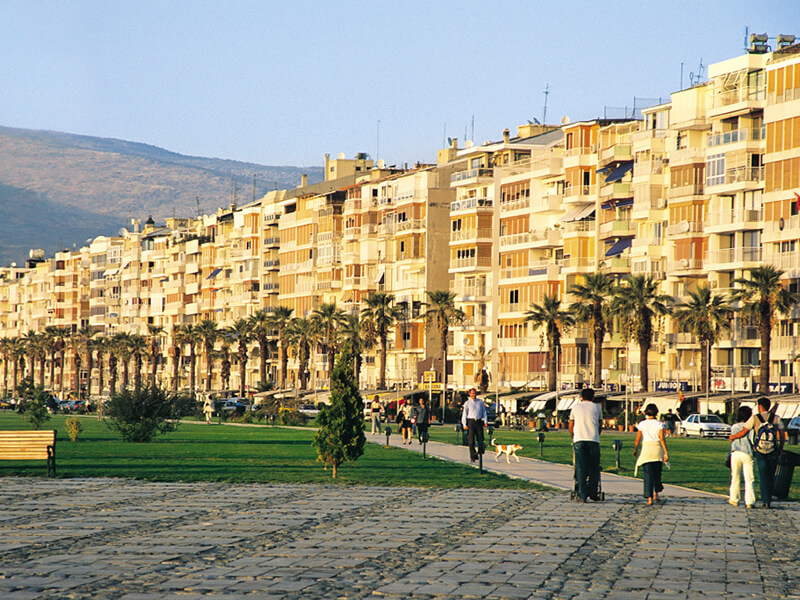 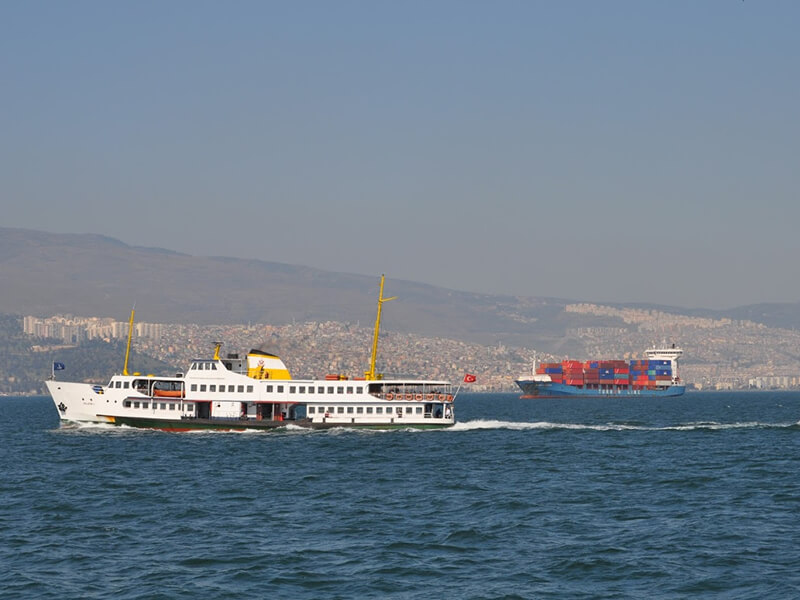 Port: İzmir has the second largest port in Turkey

Many cruise ships (AIDA, CUNARD, COSTA) visit Izmir. The Container Port of Izmir is the second most important in terms of container volume and so you watch daylong big crusies and container ships. 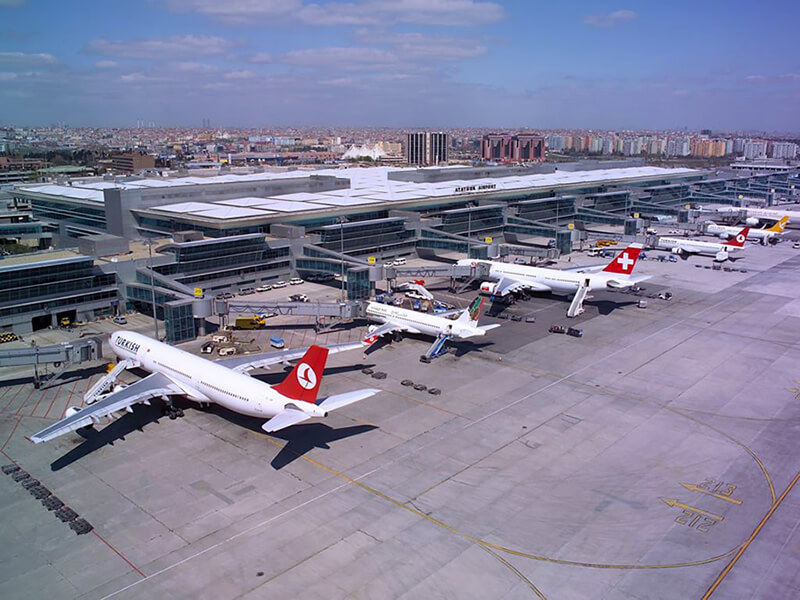 The Adnan Menderes Airport (ADB) Airpoirt is located 18 kilometers outside the city.
In 2006, a new international terminal was completed in 2012 and the new national terminal was finshed in 2014. From Izmir you can fly daily to Istanbul, Ankara, Antalya, Trabzon, Van and many more cities. 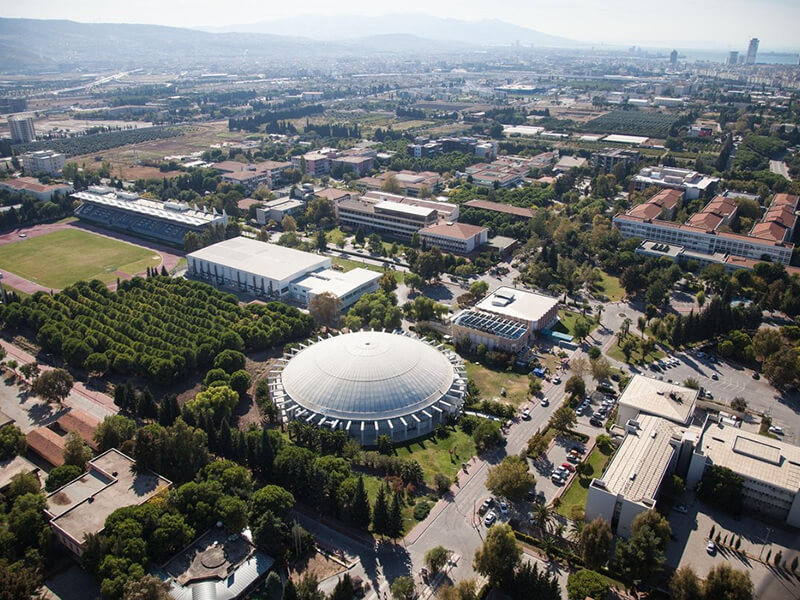 Universities and colleges in Izmir: 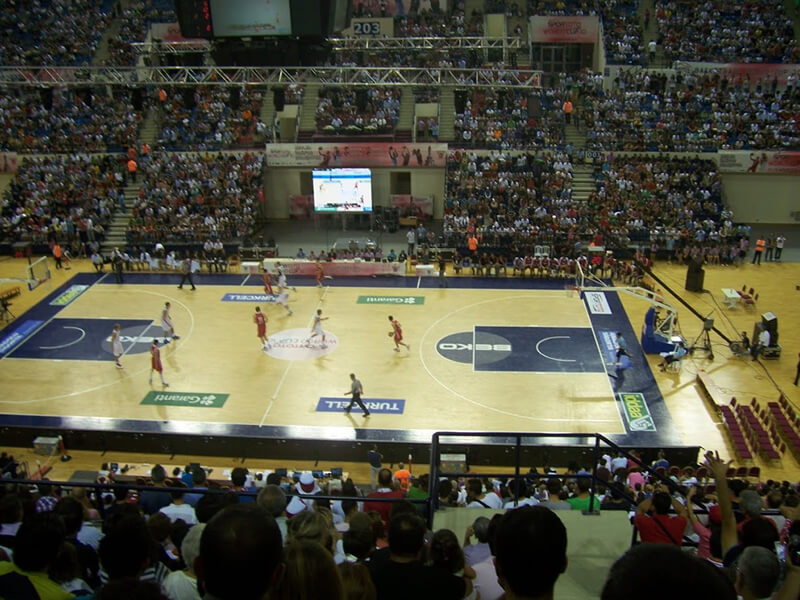 Sports: The most popular sports in İzmir are soccer, basketball and volleyball.

The most successful soccer teams play unfortunately in the 2nd or 3rd League Division such as: Altay SK, Göztepe SK, Karşıyaka SK, Izmirspor and Altinordu. Karşıyaka Pinar Basketball Team and Arkas Volleyball Team are the pride of Izmir and both play successfully in the 1st League of Turkey and EUROCUP. The Karsiyaka Sports Arena  is within easy walking distance for the participantsof our Turkish Courses. The games usually are held on Saturday evening or Sunday afternoon. The biggest Soccer Stadium is the Izmir Ataturk stadium with a capacity for 65,000 spectators. It regularly hosts many Super League and Turkish Cup derby matches, including those of Besiktas, Galatasaray, Fenerbahce and Trabzonspor. 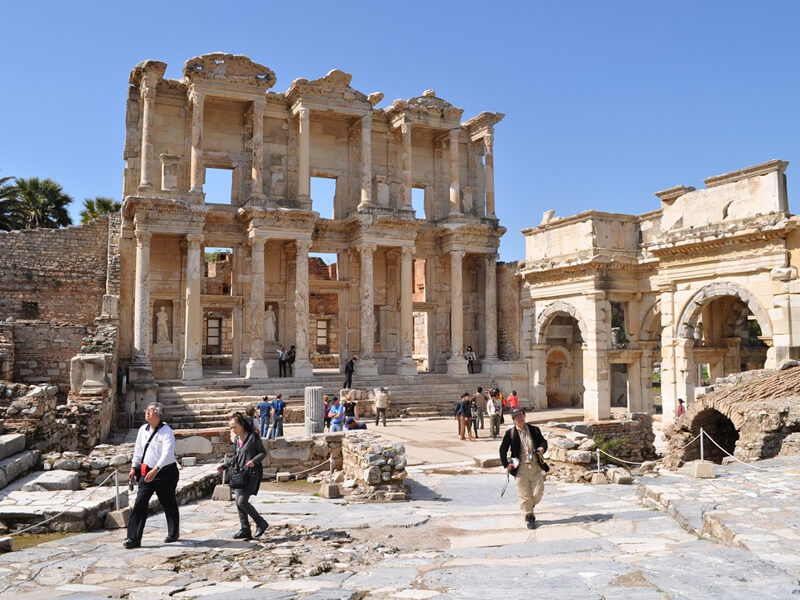 In the surroundings you will find the famous beach resorts Çeşme, Kuşadası and Foca, which are now easily accessible by bus. Short-term weekend trips to Greek islands such as Samos and Chios are possible of for the students of our Turkish courses. In the bazaar of ‘Kemeraltı’ tourists will find not only oriental curio, but also lots of gold jewelry. 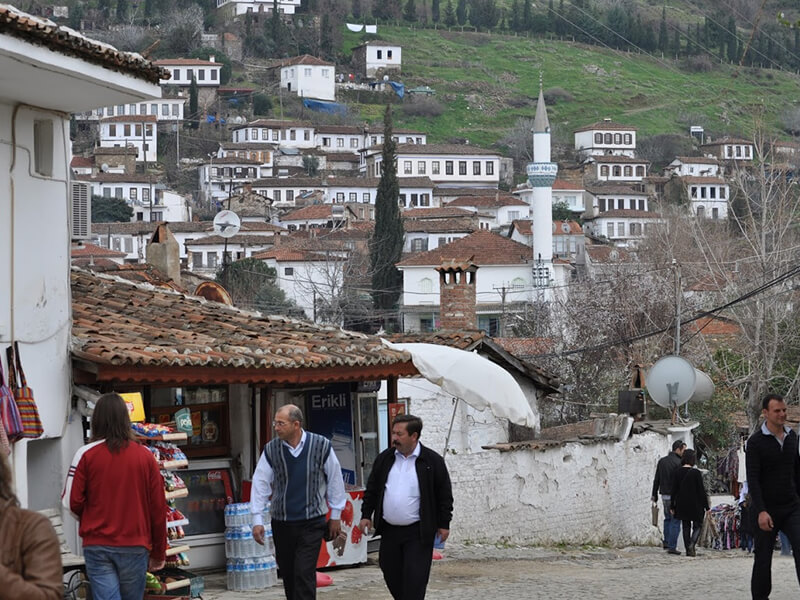 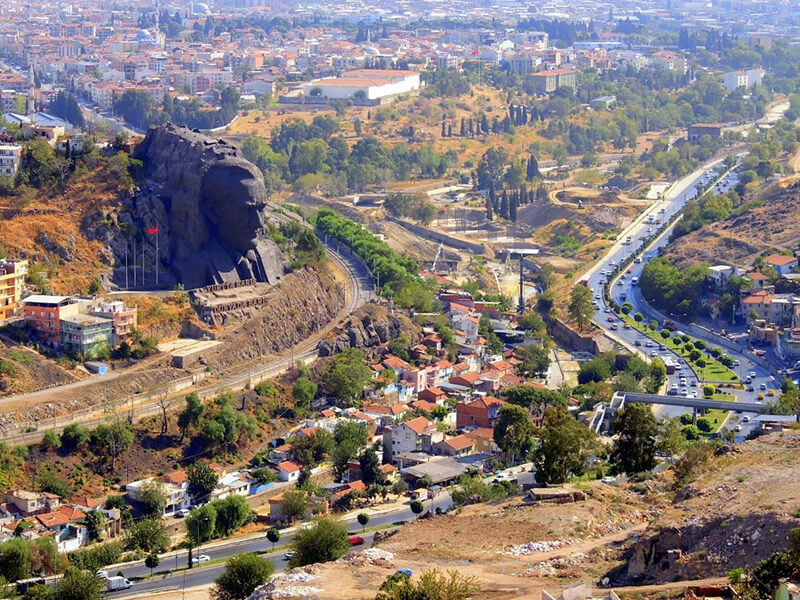